I found this thing in my desk again last night, and, as you can tell from the date in the image, below, it’s been following me around since 1998 (!). However, after seventeen years of carrying random clippings like this around in files, folders, drawers, and envelopes—after all, this is only one of many dozens—I decided it was time to get rid of it.

The original article actually appeared in Scientific American way back in their 1898 issue, making the fragment, scanned above, just a snippet published 100 years later.

The original was called “A Brazilian Indian Telephone,” and you can read it over at Archive.org. Here’s the bulk of the story:
Mr. Jose Bach, in a narrative of his travels among the Indians of the regions of the Amazon, describes in L’lllustration an instrument by means of which these people communicate with each other at a distance.

These natives live in groups of from one hundred to two hundred persons, and in dwellings called “maloccas,” which are usually situated at a distance of half a mile or a mile apart. In each malocca there is an instrument called a “cambarisa,” which consists essentially of a sort of wooden drum that is buried for half of its height in sand mixed with fragments of wood, bone, and mica, and is closed with a triple diaphragm of leather, wood, and India rubber.

When this drum is struck with a wooden mallet, the sound is transmitted to a long distance, and is distinctly heard in the other drums situated in the neighboring maloccas. It is certain that the transmission of the sound takes place through the earth, since the blows struck are scarcely audible outside of the houses in which the instruments are placed.

After the attention of the neighboring maloccas has been attracted by a call blow, a conversation may be carried on between the cambarisas designated.

According to Mr. Bach, the communication is facilitated by the nature of the ground, the drums doubtless resting upon one and the same stratum of rock, since transmission through ordinary alluvial earth could not be depended upon.
While, in and of itself, this is pretty awesome, there are at least two quick things that really captivate me here:

1) One is the simple idea that the geology of the forest itself can be instrumentalized and turned into a “telephone” network, in the most literal, etymological sense of that word (voices [-phone] at a distance [tele-]). The landscape itself becomes a percussive grid of underground communication, pounding out messages and warnings from home to home, like submarine captains pinging Morse code to one another in the deep.

It’s fascinating and, in fact, deeply strange to imagine that little rumblings or booms in the soil are actually homes corresponding to one another—and that, given the context, they might actually be talking about you.

2) The other thing is how this could be updated or, as it were, urbanized for today. You go down into the basement to get away from your family, bored of your life, trapped in a house you want to leave, wondering if you’ll ever meet true friends, and you start randomly tapping away on the sump pump, when—lo!—someone actually answers back, skittling out a little rhythm for you from another cellar just up the street. A whole suburb of feral children, drumming messages to each other in the dark, hammering on their basement floors.

It’s like those scenes in old prison flicks, where two men tap back and forth all night on their cell walls, only, here, it’s people banging on cellar floors in New York City high rises or hitting sump pumps with mallets in the wilds of suburbia, speaking back and forth through their own “Brazilian Indian Telephone,” a kind of terrestrial sonar. 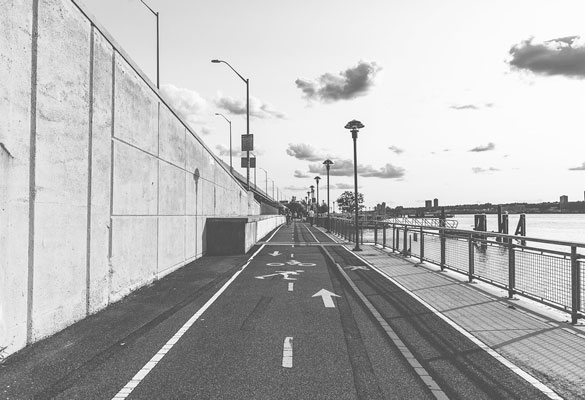