For everyone, there comes a time when you graduate from 25¢ wing night, beer pong and “speed mating,” and start looking for more sophisticated nightlife options. To further your studies, you could pay a visit to a European-style taverna, a trendy gastropub and a chic wine bar, or you could simply find your way to Bluebird and experience them all at once.

Bluebird comes courtesy of Tom MacDonald, the nightlife pioneer who brought Chicago its first dedicated wine bar in 1994, Webster’s—also featured in Sean Parnell’s Historic Bars of Chicago. And with Bluebird, MacDonald was/is ahead of the curve. Open since 2007, Bluebird was among the early adopters of the “gastro movement,” beating notable competitors like Longman & Eagle and Gilt Bar to the market by a couple of years. And it’s lost none of its luster over that time, remaining as popular as ever, despite—or because of—a low-key approach to self-promotion relies largely on word-of-mouth.

Bluebird Chicago CrowdLocated on Bucktown’s busy commercial stretch of Damen, Bluebird blends in with its surroundings, almost too well. First-timers might be hard-pressed to spot the simple blue and white sign and surprisingly narrow storefront entrance the bar shares with a neighboring exercise studio. But once inside, you’ll find a space that’s far more expansive than it first appears. The long, rectangular room is both simple and urban, with candle-lit tables, rough plank floors and ceiling beams, chalkboard signage, and exposed brick walls where the work of featured artists is rotated regularly. An extended service bar runs the length of the room, with an equally long banquette opposite, where a half-dozen closely-spaced tables sit. An even narrower pass-through beyond the bar leads to the washrooms and then opens into a rear dining area that offers a good deal of additional seating and a wall-mounted gas fireplace. Diversions are largely of the social variety, with a single TV and the bartender’s handiwork providing some distraction. Patrons of the arts will want to take note of Bluebird’s bi-weekly Salon Series (except in December), consisting of an evening of art and dinner for $40 with wine and beer pairings and artist Q&A. 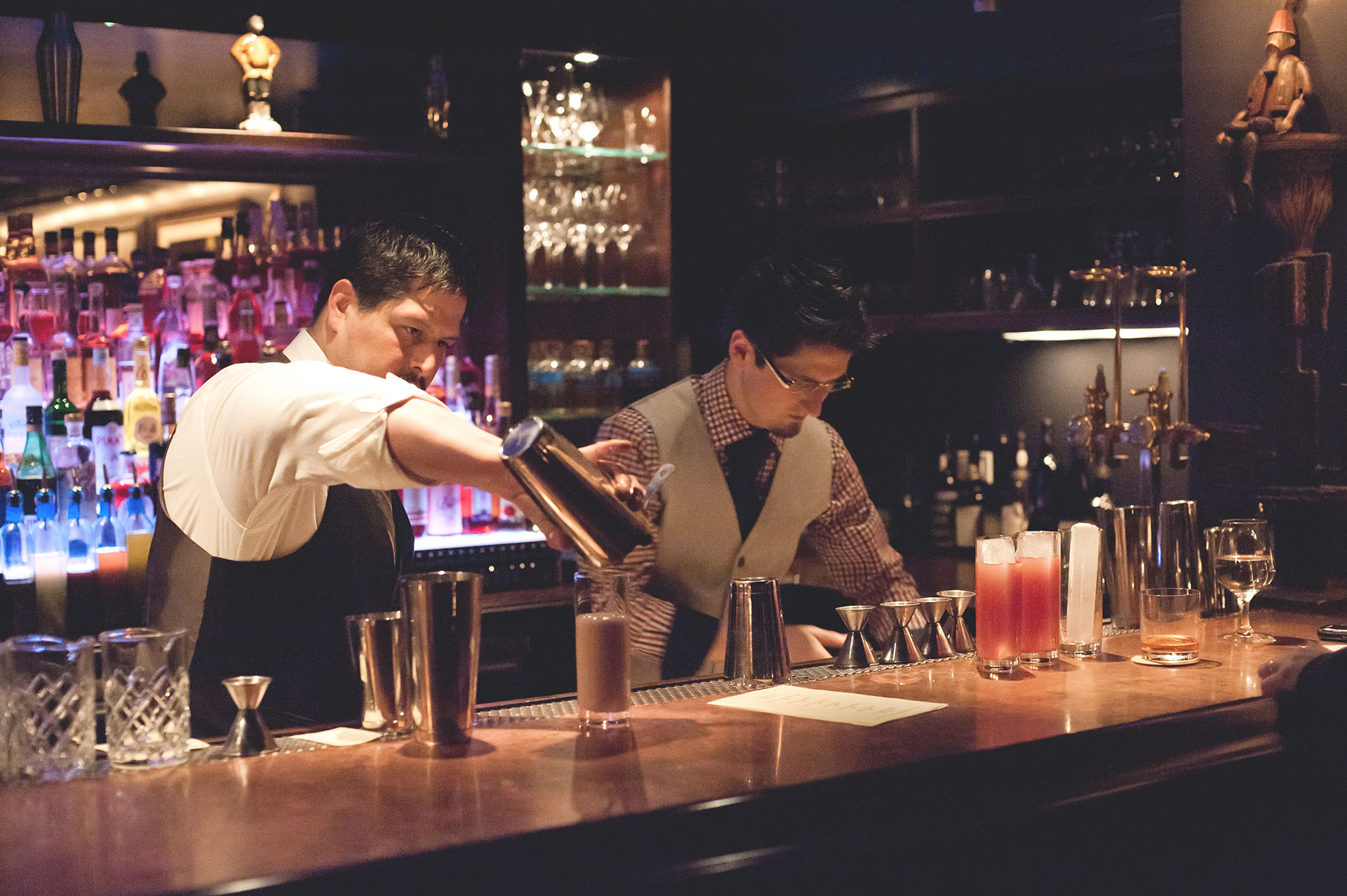