“He’s back?” my colleague asked, eyes widening as she passed the patient’s room. “He’s in the hospital again?”

Slender, pale and in his late 60s, the man had first been admitted nearly a year earlier with pressure in his chest so severe he had trouble breathing. When his heart stopped, doctors and nurses revived him by injecting the latest life-saving medicines into his veins and applying the newest electrical defibrillator paddles to his chest.

Within minutes, the cardiology team arrived, but when the blockage in the arteries of his heart proved too extensive for even their state-of-the-art techniques and equipment, they handed him off to the waiting surgeons. The surgeons, in turn, cooled down his heart until it stopped beating, sewed in bypass conduits with threads finer than human hairs, restarted the heart with a few well-placed jolts of electricity and then transferred the patient to the cutting-edge intensive care unit to recover.

The man survived. Sort of.

Weakened by this string of emergencies, he required a breathing machine for several days. When excess fluid in his lungs caused shortness of breath, he needed intravenous diuretics. When his heart began beating erratically, he was obliged to take a finely tuned cocktail of heart medications. And when his chest wound became infected, he had to return to the operating room.

Finally, after nearly two months in the hospital, he was discharged to a skilled nursing center. But then a urinary tract infection made him dizzy and confused, and he went right back to the hospital, beginning a cycle of discharge and re-admittance that would persist for almost a year.

To many of us who had cared for the man, it seemed as if he had spent more days in the hospital than out.

“What kind of life is that?” my colleague asked as we stood in the hallway and watched the man’s wife help him once again put on his hospital gown and pack away his street clothes. “You’ve got to wonder,” she whispered, “did we really do him a favor when we ‘saved’ him?” 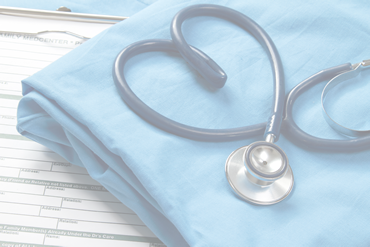 Doctors as Advocates for Family Leave

Doctors as Advocates for Family Leave